Who gets the fish? 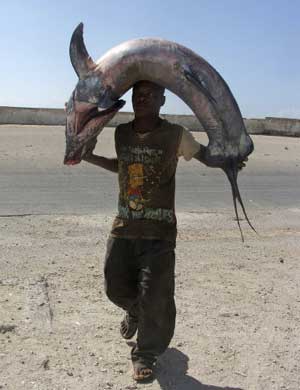 In past years, illegal commercial trawlers parked off Somalia’s coast and scooped up the ocean’s contents. Now, fishermen on the northern coast of neighboring Kenya say, the trawlers are not coming because of pirates. “There is a lot of fish now, there is plenty of fish. There is more fish than people can actually use because the international fishermen have been scared away by the pirates,” said Athman Seif, the director of the Malindi Marine Association. Read more